The Art of Vincent LaGambina 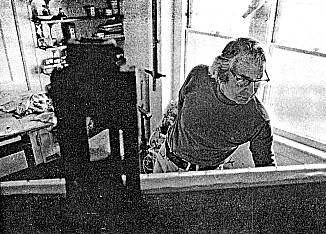 Vincent LaGambina was born in Agrigento, Sicily in 1909. He immigrated to New York City in 1920. He sold his first painting to the Mayor of New York, Fiorello LaGuardia when he was only fifteen. Vincent was studying at the Leonardo Da Vinci Art School at that time. He continued his studies at the National Academy of Design and during the depression was employed in the mural division of the Federal Arts Project of the WPA. After serving in the army he continued his studies at the Art Students League with Sidney Dickinson, Frank DuMond, and Ivan Olinsky. In the 1940s he taught at the Washington Square Art School.

Vincent work can be seen in museums around the country and much of it is in private collections. Among the museums that hold his works in their permenant collections are The Museum of the City of New York, New York City, NY, The Butler Institute of American Art, Youngstown, OH and The Wichita Museum of Art, Wichita, KS.